“They put me in a box, and every time I try to nudge the lid open, they slam it back down. It’s like nothing about me is allowed to change.” 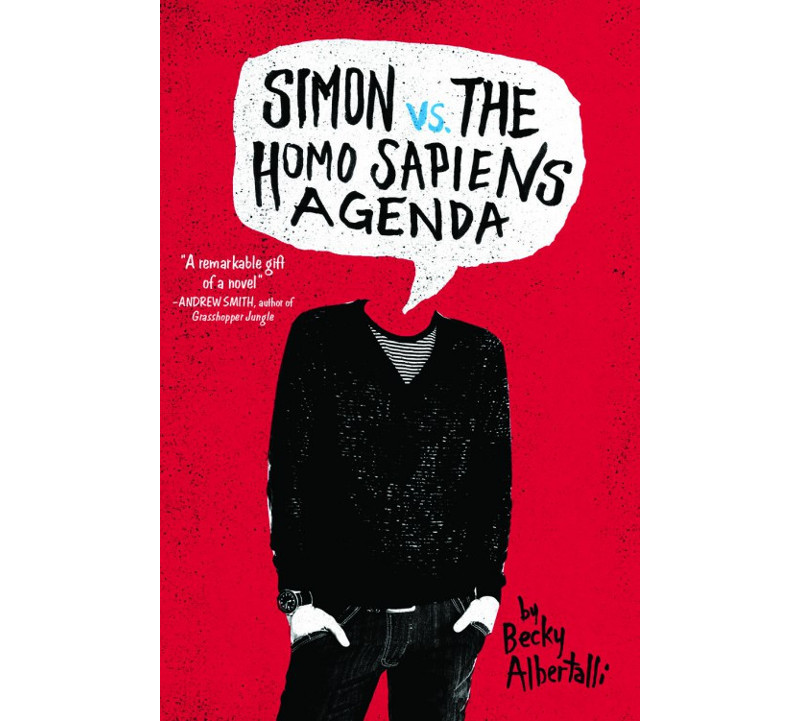 Simon is a closeted, gay high schooler who feels alone in this plight until reading a post on his school’s gossip blog from a mystery guy that he totally relates to. Simon connects with the mystery boy called Blue. Their budding email relationship is eventually discovered by Marty, a desperate classmate. Marty blackmails Simon in order to get closer to Simon’s friend Abby.

While dealing with the blackmail situation, Simon also grapples with coming out and its effects on his relationships. He gets upset when his family and friends overreact about his changes and growth but on the other hand, he’s also upset when those people go through their own changes and growth. Simon’s narrative of those conflicting feelings is very relatable.

One of the best aspects of this book is the protagonist-antagonist relationship because they’re both likable characters who have understandable flaws. Simon is lovable and relatable as any good protagonist should be. I was rooting for him throughout the book, even when he interfered in his friends’ love lives, I understood his motives and hoped that he would right his wrongs. Simon’s coming out experience is raw and heartbreaking and it makes you want to wrap him in a blanket and offer an endless supply of oreos. Marty is a well-written and multidimensional antagonist. The natural dislike for an antagonist is definitely present but as with Simon, I understood his motives. He just wants to be cool and have friends but he goes about it the wrong way. I know that Marty is genuinely a good guy, he just made a few rash decisions.

“You can finally exhale, Simon. You finally get to be more you than you’ve been in a very long time.”

I think the movie does a great job at bringing to life the email relationship between Simon and Blue. The movie also interestingly portrayed the various possibilities of Blue’s true identity that kept Simon and the audience (especially those who hadn’t read the book) guessing. When Simon learns something from a guy that Blue had mentioned in an email (for example, love of oreos) he latches onto that idea and pictures Blue as that person… until he hears something else (like, spending Christmas break in the “middle of nowhere”) and he changes his idea of who Blue is.

The movie is also perfectly casted. Especially in the case of Marty, my leftover book feelings were only enhanced as this on-screen portrayal brought to life such a likable, yet cringe-worthy, character. And, no spoilers here, but the homecoming game scene is an absolutely necessary addition; it was a much better plot device and character development point than the corresponding event in the book.